A SHORT VISUAL ODE TO THE DARKROOM 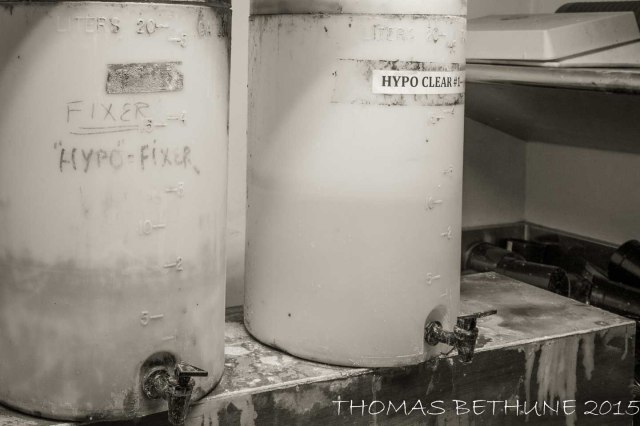 A place where the magician and the alchemist worked their art in the dark, and became the photographer. This is where the mystery of light affecting silver in a controlled environment, was able to “capture” a moment in time in a two-dimensional format.

The tools of the trade were simple yet unforgiving of any small errors in technique. Film not .properly wound on the reels would not be correctly developed, Upon occasion, someone would pour their used fixer back into the developer supply which would ruin the developer, and subsequent rolls of film. 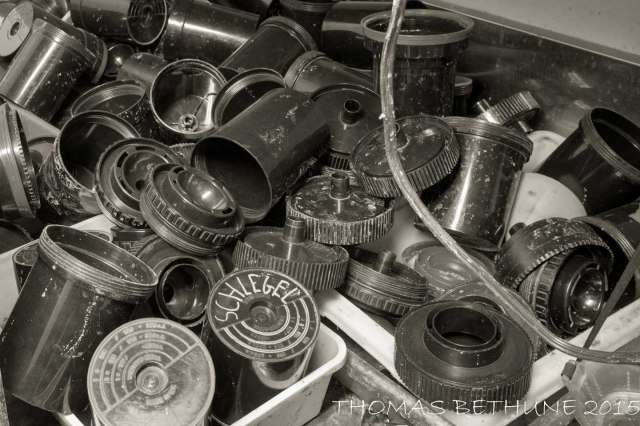 One had to work in the darkness, relying on practice and feel. It was a place where the senses came into play. The smell of the fixer, pungent, yet compelling, the sounds of running water in the wash tray, the treat for the eyes as the image emerged in the developer tray all combined to add to the overall feeling of wonderment and fulfillment.

In the dimly illuminated space of the inner sanctum.

Imagination often manifested itself in the physical form. First as light on an easel.

Then as a wet print – finally as a photograph.

THOMAS ALLEN BETHUNE I have been interested in photography for most of my life. I started taking photographs with a Kodak Brownie Hawkeye camera when I was eight years old. My early subjects were trains and engineered structures as well as landscapes and family portraits. My interests and vision have matured, but the subjects that catch my eye continue to be of the same genre as my earliest visions. A neighbor man had a darkroom, and he showed me the basics of camera operation and darkroom processing. I took courses in art and photography in high school and college. I worked as an apprentice to a commercial wedding and event photographer, and I was in charge of a recreational dark room while I was in the military. As an adult, I earned a bachelor’s degree in photography from Humboldt State University. My experience with film formats included 35mm, 2 ¼”, and 4”x 5”. I exhibited at galleries near my home in Arcata California, and in Santa Fe New Mexico. All my current work is digital. I am scanning many of my legacy negatives and slides. I sometimes process and print the scanned negatives. I often post them on my blog. I process all of my prints with archival media. An award winning fine art photographer living in a redwood forest. BA Photography Director, Redwood Art Association, Eureka CA Co-curator, F Street Foto Gallery, Eureka CA
View all posts by Thomas Bethune →
This entry was posted in darkroom, developer, enlarger, film photography and tagged black and white, college of the redwoods, darkroom, develop film, enlarger, photography. Bookmark the permalink.

It is all about the light

In this blog I share my photographs, photography tips and some thoughts and insights about photography

A Journal of my Story Through my Photography

Living on the Edge of the Wild

Images mostly in and around Humboldt County, CA

"I AM"- are the two most powerful words in the dictionary because the ending determines your destiny....so join me in my fight against PD to make sure that everyone who suffers from this chronic progressive degenerative disease can develop the courage to shout to the wind- I AM Fierce and Courageous ....

"The future is unwritten"